An Interactive session with the Multi-Genre band based in Chennai 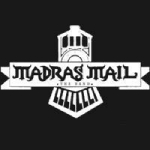 From jamming in classes, to perform live gigs, to releasing songs, to working for movies. A five member band started their musical journey towards their passion. “Madras Mail The Band”, a five member band embarked their journey in 2015, by winning hearts at Rangreza, an inter college event conducted by KM Music Conservatory, AR Rahman sir’s college. The name “Madras Mail The Band” evolved from the train Madras Mail that connects Kerala to Chennai as most of the members hail from Kerala. Their first song as band is named “Madras Mail” and was produced by AR Rahman Sir, the video was played in Sun TV and the song was played over the radio globally.